It has been just over a month since the Justice Department, the Federal Bureau of Investigation (“FBI”) and Bureau of Land Management (“BLM”) arrested numerous citizens of the Four Corners; focusing primarily on the community of Blanding. The indictments stemmed from alleged violations of the Archaeological Resources Protection Act (“ARPA”) and the Native American Graves Protection and Repatriation Act (“NAGPRA”). At base, the charges related to removal of ancient artifacts from public and tribal lands. 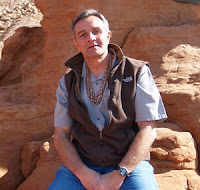 Not much of national interest happens in southeastern Utah, so we are not accustomed to seeing so many television and newspaper reporters. When they arrived at Twin Rocks Trading Post, asking probing questions, looking for sound bites and hoping to write the story to end all stories, we were cautious.

Those indicted are our neighbors, schoolmates, clients; people we have known for the better part of 40 years. “Do you want to go on the record?” the media representatives asked. “No,” we responded, not wanting to speculate about the facts or harm our friends. There comes a time, however, when you have to put your marbles in your pocket and stake out a position.

As the weeks wore on and more facts leaked out, many people from outside the area telephoned and e-mailed, wanting to know our thoughts. “It’s complicated,” we told them, not wishing to engage. After all, one of our local doctors had taken his own life shortly after being arraigned and emotions were running high. We also have met the FBI agents assigned to this region. Both officers are intelligent, professional agents with families.

Enraged by the investigation and execution of the warrants, the townspeople of Blanding began making their own allegations of overreaching and excessive force; several of their comments touched me and others confounded me. The local people inquired, “Why did the the agents have to use flack jackets, shackles and guns?” They pointed out that many of the individuals arrested are good people.

Although this may prove an unpopular sentiment in our community, I have to ask, “What would you expect the agents to do under the circumstances?” Surely they have specified procedures designed to protect themselves and those accused of a crime. Just as surely, under our legal system we are innocent until proven guilty. Are those law enforcement procedures all right until they are applied to us? What would the spouse and children of an agent feel if he or she didn’t come home that evening, or came home with stories of how one of the suspects had been hurt or killed because standard procedure was not followed? It must be noted that the only casualties associated with the investigation were self-inflicted.

Having been indirectly involved in the botched 1986 raid of a similar nature, I was extremely interested to see how the Justice Department had prepared its case this time. My father, whose business was investigated during that earlier incident, recently said, “Probably 90% of us in San Juan County have violated ARPA or NAGPRA. What will they do, arrest us all?” Clearly, that is a true statement and a legitimate concern. It is also clear that many of the people indicted are in fact good people who have done a lot for their communities and families.

Good people, as we know, sometimes break the law, and when they do, they must be prepared for the consequences. The law applies to us all, even when it is unpopular. Although artifact hunting has historically been a favored activity in San Juan County, the Justice Department has sent a clear message that it is time for a change.

Having been involved in the legal system over 25 years, I have a great deal of faith that justice will ultimately prevail. Those who are innocent will have the opportunity to prove it. Those who are not may gain a newfound respect for the guarantees contained in our Constitution. Mistakes are always possible, but as we have all assured ourselves over the years, this is the best legal system in the world.

Now that the wheels of justice have begun to turn, we will all hopefully be more knowledgeable and responsible when it comes to the archaeological treasures of San Juan County. Responsibility should be the watchword, both for the justice system and the accused.