It is well known that Indian traders associated with this family do not retire. At 80 years old, Duke and Rose still open their store every day during the tourist season. Jana’s dad is 101, and scheming to purchase historic Ganado Trading Post so he can reestablish the empire built by Lorenzo Hubbell. Pensions, 401(k) accounts and the like are relative unknowns in this profession. In spite of that, I often surf the World Wide Web to check the financial news and see what the market is up, or down, to. 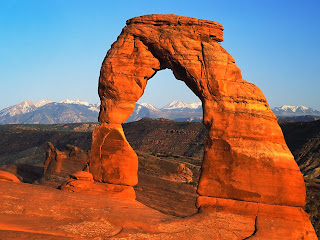 Since I am economically conservative, when it comes to politics, I have always considered myself a Republican. I was born into a Republican family, I was raised in a Republican state and I expected to die a Republican. Recently, however, I have begun to question my party identity.

Last week, while I was on the Internet checking the state of the economy, I ran across a questionnaire designed to determine precisely what party one is most closely aligned with. When I completed the survey and received the results, I was astonished to find that I am actually a Democrat. While I suspect this may have been one of those phantom sites that mislead and misdirect unsuspecting individuals, it nevertheless has me worried about my political future.

Whether I am in fact a Republican, a Democrat, an Independent, a Libertarian, or simply nonaligned, I am currently dismayed with our Congressman in Washington. As we move into the second week of the federal government shutdown, I have become convinced our “representatives” are not representing those of us out here on Main Street America.

Last week, for example, a sixtyish woman from New Jersey came into the trading post. With a heavy heart, she explained she had waited her entire adult life to see Arches National Park. She said she had Arches on her screen saver, on her office and home walls and even carried pictures in her wallet. Having finally saved enough money to make the trek to southern Utah, she was heartbroken to find she will not realize her dream.

We have heard countless stories of small businesses affected by the shutdown, including those in Estes Park, Colorado, adjacent to Rocky Mountain National Park. They were initially struck by flooding and now have been dealt a death blow by the federal insanity. These small businesspeople will not see another season. When Congress furloughs government workers and then proposes back pay for the time federal personnel cannot work, one wonders, “What are they thinking?” The answer is a loud and resounding, “No!” Do those politicians know what we out here on the pavement are experiencing? Who is going to pay us?

My biggest frustration is, however, that we out here in middle America will likely take no action. So, Bob Lach, our friend from Chicago, has suggested we start a Main Street Movement designed to permanently furlough all existing members of the administrative and legislative branches of our federal government. Let’s send out the pink slips today.

With warm regards
Steve, Barry, Priscilla and Danny; the team.
Posted by Tied to the Post-Twin Rocks Trading Post at 2:58 PM No comments: