They Are People, Too!

As a young man, I developed a serious aversion to pulling weeds.  Maybe it was because no matter how many you extracted, there were always more coming up.  Whatever the reason, I hate that job and studiously avoid it when possible.  The other day, I noticed I had put off attending to the ever-increasing patch in front of the trading post longer than I should and the noxious plants demanded attention. The morning was bright and sunny, so I decided it was time to act. 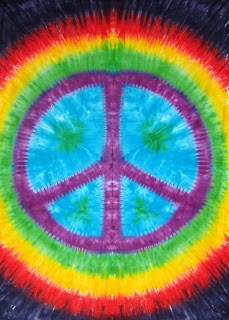 The driver of the Chevy wore a loose-fitting tie-dyed T-shirt emblazoned with a peace sign, looked a bit like Jerry Garcia from the Grateful Dead, and likely had come of age during the 1960s. He leaned over, gave me a friendly wink, switched off the car, and headed into the cafe for breakfast. As I sat there uprooting unwanted plants and scrutinizing this visitor from the era of Vietnam, LSD, free love, and Woodstock, a beat-up reservation car lurched to a stop just west of where I sat.

Two stylish Navajo women got out of the jalopy and headed my way. Sitting down on one of the boulders next to me, they asked, “Do you know where Lena Poyer lives?” “Of course, I do,” I responded. “I used to buy rugs from her.” “She lives over there,” I said, pursing my lips in the Navajo custom and indicating southwest towards the reservation.

One of the women explained she was Lena’s relative, but had not seen her in decades. The woman had moved away to live among the “whites.” Feigning disappointment, I said, “Really, you left us for those guys?” “Yea,” she said, “I married one, too. My kids are half. Even my nullies (grandchildren from your son) are white.” This time I acted even more disappointed that she had traded the reservation for the Anglo world.

The woman seemed to have assumed I was serious, and that I was at least part Navajo. Maybe it was my Portuguese ancestry, which gives me a darker skin tone, or maybe it was the way I indicated direction with my lips. In any case, she looked at me in earnest and said, “Well, they are people, too!”

The Navajo ladies left to continue the search for their long-lost relative, and a few minutes later my visitor from the 1960s strolled out to his car and fired it up. As he backed out into the street, the stereo kicked in and I heard Sly singing, “We got to live together.” I couldn’t help thinking that insight often comes at the most unexpected times and from the most uncommon messenger.

Posted by Tied to the Post-Twin Rocks Trading Post at 2:18 PM