The month of October is always a bit tumultuous. Weather patterns are in a flux, humans and animals are modifying their behavior in anticipation of winter, and the sparse foliage is adapting to cooler weather. Because of all this, our Navajo and Ute neighbors refer to October as the month of the chaotic Coyote. Dealing with Native artists has made us much more aware of their customs and beliefs. We may have, through such close association, come to adopt some of their unique philosophical interpretations into our personal circumstance. Whether or not this is appropriate, I cannot accurately ascertain. What I know for certain is that there are occasions when I take an appealing thought or metaphor and make it my very own. In with the good, out with the bad. I have come to realize that it is simply a reflection of the growth process. It is this assimilation process that has caused me to associate the evolution of teenagers into young adults with Coyote, change, and October. 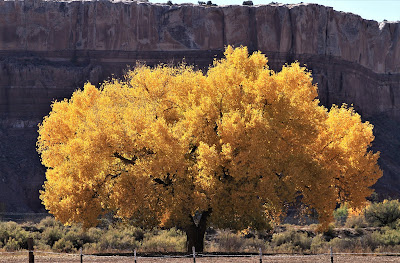 A full explanation of how I developed my theory would be long, drawn out, and complicated. I will instead try to explain it as simply as possible by introducing Coyote, aka First Angry. Coyote is one of the most controversial characters in Navajo culture. He is the prince of chaos and is most notable as a catalyst, transformer, troublemaker, trickster, and deity. For example, when First Man was creating the universe, Coyote stole the stars which First Man had carefully laid out and scattered willy-nilly, across the heavens. From Coyote’s unruly behavior, however, changes were set in motion that formed the Milky Way.

The foundation of Navajo ritual is harmony and balance. Coyote frequently throws a wrench into that system, allowing chaos to prevail. Coyote is a trickster focused mostly on his own wants and needs. He vacillates between positive and negative actions and is both sacred and profane. Coyote gives birth to mischief and promise; he is a deceiver but also a deliverer of good. Through his actions, change becomes possible, and change, through good and bad, brings newness and breaks the normal routine. Coyote chose October, a changeable and uncertain month, to be his own. Whether we officially recognize Coyote tracking through our lives or not, the fact remains that there is a definite connection between this unruly creature and young adults. 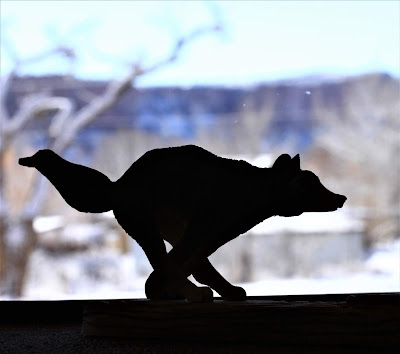 From Coyote’s foolishness, mortals gain wisdom and learn what is proper and/or improper. Coyote, as the harbinger of change, creates new ways of doing things so that fresh customs, moral codes, ceremonies, and designs for living are created. Coyote's selfish acts thus clarify the boundaries of human and animal conduct. Acting as the wise fool, Coyote is able to speak and act, whereas others of the holy pantheon, due to inherent decorum, cannot. His role was, and is, a large one. In the literary sense, he is a court jester and moral commentator. Sound like a young adult to you?

I have made my case and I stand by it. My own children confound, confuse, and mess with my concept of reality. If I am the only one who sees a parallel, someone must educate or lock me up in a padded cell. I am passionate about my kids, but I do not claim to understand what goes on in their heads or what comes out of their mouths. For some reason, the fall of the year brings the frustration and confusion I feel about them into sharper focus. It must be the association with Coyote and the month of October, because chaos is a year-round constant in my life.

Do not get me wrong. I love this time of year. I feel that autumn in Bluff is the most beautiful season. Cooler days accent the fall colors scattered through town and along the river. The soft, gentle glow of morning light filtering through plump, billowy clouds, highlights the cliff faces and rock houses with a gentle, rose-tinted blush. Cool nights force us indoors, because our blood has been thinned by the harsh heat of summer. Winter is a close second, because it is so mild, and the frost on twisted, skeletal trees surrounded by tendrils of floating fog in the early morning light is crystalline magic.

With all the beauty surrounding me, one might think it would be easy for me to find harmony in my everyday life. To be totally honest, I do for the most part. It is extremely frustrating for me, however, when I cannot openly communicate with my children---the little varmints! I would dearly love to sit down with them and talk about the important issues in their lives, to truly hear what they are saying, and advise them in a loving, compassionate manner. My wife thinks it would be much more helpful if I did not try quite so hard. It would also probably be advisable to leave name calling out of my feeble attempts at communication. It is just not easy to talk with young adults; if I am really fortunate, I get a "yes," "no," or "I don't know" without a snotty look or semi-angry tone of voice.

I will keep trying to communicate, understand their points of view, listen more, and talk less. I look forward, however, to the time when the hormones disperse and Coyote relinquishes his hold on my children. When the chaos dissipates and the clouds of confusion lift, I will hopefully begin to comprehend just what the heck has transpired. An elevated level of balance and harmony in my life would be much appreciated by all involved. In spite of these trying circumstances and the associated chaos, I am very proud of my children and know they are actually admirable individuals. Laurie suggests that I may be the one with a dogged disposition.

Posted by Tied to the Post-Twin Rocks Trading Post at 12:59 PM