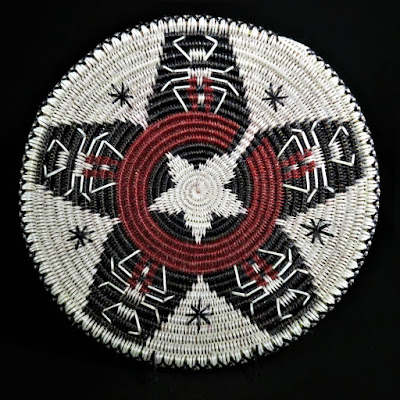 And the ants came marching. Actually, the feisty insects violently swarmed out of the stump of the Oak brush I was sectioning with my chainsaw. I first noticed them when one stumbled into the cut of my biting blade and shot out of the opposite side. I looked down and to my right and saw them roiling up the trunk of the tree and across the ground at my feet. Like an oil slick spreading across the pond, the black mass was moving in my direction. Having dealt with these aggressive mighty mites before, I quickly stepped back and away from my woodsy prize. There is plenty of firewood available on our mountain property, and I was not willing to quarrel with the black horde for a few more sections of wood. I shut down my saw, quickly stacked the chunks I had already cut in the bed of my pickup, and moved up the rocky road thirty yards. Thinking I was well out of range of the mass attack, I began to gather more dead and down logs to complete my load.


To be perfectly honest, I really don’t need the wood. Laurie and I don’t have a fireplace, but there is always someone who can use a load. I cut wood because it brings back good memories of when Craig, Steve, and I would go onto the mountain and gather firewood. We were in our high school years: young, strong, and competitive. The three of us could cut, bust up, and load a massive amount of pitchy pine without breaking a sweat. I recall how the bed of our long-wheel-base Ford would be sitting right down on the frame, springs maxed-out, and the front wheels of the pickup barely in contact with the road. Because the pickup was so difficult to steer, it was always an adventure getting back to town without pitching down a steep slope or winding up in a deep ditch somewhere. During long winter nights, our family would gather in the front room of our trading post/home, where there stands a grand sandstone hearth Craig built, and enjoy the warmth of a fire and each others’ company.

These days our family can fuss and fume about each other with the best or worst of them, but, do not get betwixt and between us because, deep down, we are bonded. When it comes right down to the nutty nitty gritty, we are a close family unit. Nowadays, everyone is extremely busy and finding time to get out into the forest together is tough. There are instances though that I can slip away and gather a less large load of aspen or oak by myself. I enjoy being out in the trees, running a chainsaw, under a deep blue skyscape with the peaks of the Abajo Range at my back. The physical labor is good for me and trimming off limbs with an ax allows me to vent any frustrations I may have accumulated during the week. Often times, for a service project, I will just cut logs and bring them into town to let our Scouts cut and bust them into chunks. Although much direction is required when you hand an eleven-year old boy a maul---things will get broken.

At the trading post, Steve and I are lucky enough to have our very own Navajo mentor on staff. Priscilla tells us of varying versions of the creation story and patiently advises us on traditional subject matter and verbiage. Our sage counselor tells us that Navajo origin stories begin with a First World of darkness (Nihodilhil). First Man (Altsé hastiin) and First Woman (Altsé asdzáá) were there as were a Coyote or two (Altsé Mąʼii). From this Shadowy World, the Dine created their own Deity and began a journey of emergence into the world of the present. There were very few beings that existed at that time, but the Ants, they were there. Dark colored they were, with sectional bodies, six legs, thick lips, and black protruding eyes. They were the Black Ant People (Wo’ia’zhini Lizhin Dine’è). They knew the secrets of existence, were known to be industrious and cooperative spirits, and with their powerful jaws had an impressive form of protection. Priscilla tells us that the ants live both above and below, and that there are worlds beneath the surface, some very small, that we cannot see and don’t understand completely. 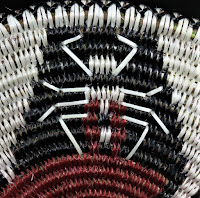 When the ants first flowed out of that stump and marched on my position, I admit it, I was insulted by their aggressive attitude and was ready to sprinkle their little home with petroleum product, but common sense prevailed. For one thing, Priscilla has often warned me not to harass Ants because they are all connected through string theory or some such thing. “Harm one and you harm them all. They will come for you.” she said, “They will find you and disrupt your world.” Through a search on the Interweb, I did know that ants are tough characters. They can survive falls from incredible heights, freezing temperatures, lack of oxygen, you can’t drown one and, I have heard, they can survive being nuked in a microwave.

When I finally finished loading the wood and stowing my gear, I headed for the highway. As I hit the blacktop and made my way down the mountain, I felt a stinging sensation just above my right hip. Reaching down and back I felt something there and plucked it from my hide. Bringing it into the light, I saw that one of those little, black nasties had made its way up my pant leg and fastened its pincers onto my backside. I flicked the little demon out the open window then quickly realized that it would, most likely, survive the fall but hoped it acquired a bit of road rash in the process. Then I thought about what Priscilla had been sharing with me about Ants and realized that little devil I just tossed out had a tiny sample of my DNA on its nippers. I am hoping that Priscilla has misinterpreted the culture, stories, and/or that thing about Ants holding a grudge and searching you out is just myth and legend. At any rate, I will be on the lookout for the black horde; the fight may just be getting started.

Posted by Tied to the Post-Twin Rocks Trading Post at 3:33 PM