It was a late afternoon when the minister ambled into the store. Barry had closed the Kokopelli doors and turned on the refrigeration. Priscilla, Rick, and I took a moment to watch as heat radiated up from the asphalt and shimmered in the brilliant sunlight. At Twin Rocks Trading Post, we often brake to admire Mother Nature’s handiwork. In fact, we generally break at any time, for almost any reason, sometimes no reason at all. 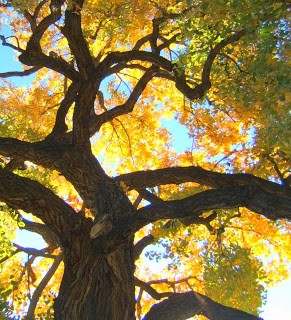 The minister’s church is on the Navajo Reservation, so he has acquired a fondness for rugs and turquoise. Consequently, he often stops by to admire our jewelry and weavings. He is in his middle 60s, and his blond-gray hair is always perfectly combed, his denim trousers crisply pressed, his conservatively patterned button-down shirts wrinkle free, and his pointy-toe cowboy boots brilliantly polished.

The parson and I bonded a few years ago, when I asked how things were at the mission. “Well,” he responded gravely in his slightly southern accent, “there’s a lot of sinnin’ going on down there. Nothin’ too interesting or unusual, nothin’ we haven’t seen before and nothin’ to be too concerned with; mostly just your garden variety sinnin’. You’d think if folks were goin’ to sin they’d at least be creative about it.” I nodded my head knowingly, appreciating his frankness, and agreeing that a little creativity goes a long way when it comes to religion. We both recognized a little sinnin’ created job security for the minister without seriously jeopardizing his flock’s ultimate salvation. Indeed, he thought it might actually be “good for business.” That was something I could relate to, so at that moment we formed a kinship and I began to look forwrd to his regular visits.

On this particular day, his attractive wife and five or six missionaries accompanied him. Retirement was on his mind, and he informed me that in only a few months he would end his career. He went on to explain that, as a Lutheran preacher, he had built up more than enough credit to ensure his successful entry into Heaven. It was, therefore, time to step aside. He went on to say that he had been on the right path since his youth and hadn’t done much to offend the Creator.

Obviously concerned for the minister’s spouse, Barry asked, “What about your wife? Does she have enough credit?” “Well, she is a Presbyterian,” the minister responded. Noticing the uncertain look that flashed across Barry’s face, and apparently trying to reassure him things would most likely be okay, he added, “She’s a pastor too.”

At that point I began to fret, and asked if the minister could transfer some of his excess goodwill to his wife, so she could be saved as well, despite her status as a Presbyterian. “Kinda’ like trading carbon credits,” I explained, “One person sins a lot, the other not so much. You have an abundance and she may not have quite enough. In the end it all balances out, right? God loves us all, right?” He seemed to think there might be merit in the proposal and indicated he would take it up with the Boss.

Overcome by curiosity, I could not help asking, “What do you think God has to say about having a Lutheran and a Presbyterian in the same facility?” “Well,” he laughed, “I can tell you this, when we met I wasn’t thinking about her religion.” I wondered how that might have affected his account, but withheld any investigation.

By this time, the missionaries had finished their inspection, and it was time for dinner. As they walked out into the evening heat, the minister’s wife turned back and with a knowing smile said, “I think God understands.”

Posted by Tied to the Post-Twin Rocks Trading Post at 1:15 PM