The small community of Bluff, Utah, is deceptive. What seems like a sleepy little town of 255 people is actually a beehive of activity, creativity and possibilities. When Susie and I moved back here eight months ago, it was with the idea of going into semi-retirement and enjoying the opportunity to work again with the creative artists of the Four Corners. In reality, there has been scarcely a quiet moment, mainly because someone keeps thinking of something new. 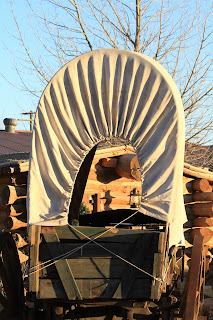 This time it was Barry who came up with the notion of holding an annual Founders Day to celebrate the arrival of those hearty Mormon pioneers who reached the banks of the San Juan River on April 8, 1880. After reading accounts of the original missionary party that made a nearly impossible journey known as the Hole-in-the-Rock expedition he began talking with some of the early promoters of the Bluff Fort. This skillful recreation of the original settlement was built in Bluff to educate the public on the settlers’ accomplishments.

The elders of Bluff Fort recognized the potential of creating a homecoming celebration to invite the descendants of the pioneer LDS families to gather. As Barry talked to other Bluffoons (our affectionate term for ourselves in Bluff), people suggested the celebration should be expanded to include the original residents of the area, the Ute and Navajo descendants who still call Bluff home.

It was agreed that early April was both historically accurate, and a chance to kick off the busy tourist season in style. By April, all the local restaurants and motels have reopened after their winter hiatus.

I am Rick Bell, and I have spent most of my life as a historian and museum consultant in Louisville, Kentucky. Louisville is the home of the world’s most famous horse race, the Kentucky Derby. It is a commonly held belief that the success of the Derby these past 143 years is that it is “the right race, at the right place, at the right time.” Timing is everything, and the potential of Bluff’s first annual Founders Day held in early spring began a community conversation.

A volunteer committee met to talk about ways to create a true celebration of native and pioneer heritage, and soon the ideas began to flow. At one point, I rather flippantly suggested that Twin Rocks conduct a “Guinness Book of World Records” event to establish the frybread-eating champion of the world. While the folks at Guinness will have to wait, we have created a grand program of Frybread Speed Eating, Cook-off and the much-anticipated Frybread Fling (a test of skill and aerodynamics to solve the question of who can throw a piece of frybread the greatest distance). Bags of Blue Bird Flour and other considerations are offered as prizes.

What began as Barry’s original idea continues to grow. Founders Day events will start at 10 a.m. with the Bluff Street Parade, with elders of the Navajo, Ute and Mormon communities serving as Parade Grand Marshals. Daylong activities at Bluff Fort will feature demonstrations of traditional crafts and family reunions at the pioneer cabins. Meanwhile, a wagon will circulate around town offering tours and commentary on the distinctive stone pioneer homes of Bluff.

Upstairs at the Bluff Fort Coop will be the site of an art exhibition sponsored by the San Juan School District. At the nearby St. Christopher’s Mission, an open house and homecoming is being offered by this irreplaceable local institution. Food vendors from around the region have been invited to set up stands near Bluff Fort to serve their favorite recipes.

At the conclusion of the parade at noon, the White Mesa Ute community will conduct a traditional Bear Dance in an open area just west of Twin Rocks Trading Post. Members of the audience are invited to join in the dancing. At Bluff Elementary School, Navajo students and elders will tell stories and conduct a Song-and-Dance. 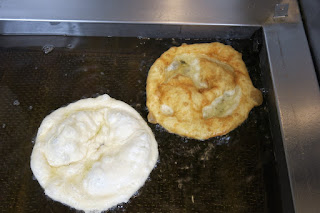 The Frybread Festival, held on the porches of Twin Rocks Trading Post and Café, will be the centerpiece of the afternoon activities. In the evening, the Business Owners of Bluff (the BOBs) will sponsor an evening movie presentation at the Bluff Community Center. “More than Frybread” is a satirical mockumentary on a mythical national frybread competition. Once again, life imitates art.

The best thing about the Founders Day festival is it all came together so easily, with each group taking charge of their own activities and budgets. Also, every event during the festival is offered free to the public. Come on down.

The greatest irony is that Barry, the originator of the Founders/Frybread festival, will not be here to attend. April 8 is also Barry’s birthday, and many months ago, Laurie had secured tickets to see “The Lion King” in Salt Lake City. Since this is the best theatrical presentation I have ever seen, I strongly urged him to go and enjoy himself.
Hakuna Matata, Barry, Hakuna Matata.

Posted by Tied to the Post-Twin Rocks Trading Post at 3:47 PM