Listen to What The Man Said

Not long ago, a woman from one of the nearby communities stopped by Twin Rocks Trading Post to peruse our inventory of turquoise jewelry, baskets, folk art and Navajo rugs. As she browsed, we talked, and after a time I realized I knew her son and daughter-in-law. During our conversation she mentioned that, after several years in corporate America, her boy had decided “working for The Man” was not his idea of fun. At that point he quit his job, returned to southern San Juan County, bought a semi-trailer truck and begin driving for a living. Apparently he is much happier now. 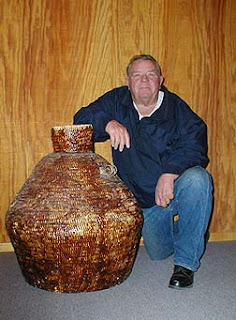 Her comments brought back memories of my earliest encounter with The Man. My experience was not, however, associated with a big corporation. Instead, it was a matter of working for William W. “Duke” Simpson, my father and first boss.

During my ninth year, at the end of a 24-month stint in the Bay Area, Duke decided he’d had enough of Northern California and moved his young family back to Southern Utah. Not long after the relocation, he borrowed $200.00 and leased a filling station on the southern end of Blanding. Although the business was within the city limits, it seemed a long way from town; logistically and sociologically, rather than geographically.

Parking what we used to call a trailer, now referred to as a mobile home, behind the gas station, we established ourselves on the premises. That way there would always be someone available in an emergency. It was at this point Duke informed Craig, Barry and me that we had been drafted into the family business.

Every school day, the three of us, along with our two sisters, Susan and Cindy, walked the mile or so (uphill both ways, generally in the midst of a blizzard and always without shoes) to Blanding Elementary. After school Craig, Barry or I took over the petroleum operation, filling gas tanks, washing windows, checking oil levels and inflating or changing tires while Duke searched for additional sources of income. At nine, ten and eleven, we were not experienced in the ways of business, so Duke began to tutor us.

Looking out into the parking lot, Duke would say, “See that trash? Go pick it up. We have to keep this place clean. What kind of message do you think it sends to our customers when we don’t take proper care of things?” We never understood how he could spot the smallest bits of paper at 200 paces when piles of cans, bottles and other discarded items were universally invisible to us, or why it mattered when soon the garbage would blow onto someone else's property and become their problem, not ours. Duke was firm, however, so out we would trudge; even when it was raining, sleeting or snowing, which was most of the time, even in summer.

“Don’t eat all the inventory, we have to have something to sell” Duke would advise when he noticed our bellies distended from drinking Pepsi with salted peanuts or consuming too many packages of Reese’s Peanut Butter Cups. “Always be honest, nobody likes a liar,” he counseled when we were less than forthcoming about just how much Pepsi we had drunk or how many Peanut Butter Cups we had eaten.

“Always be on time, people are counting on you,” he admonished us when we showed up late for work, missed an appointment or caused our patrons to wait.

It was a long while before we realized Duke was teaching us the fundamentals of business and the skills we needed to succeed in life. Although we did not pay close attention to Duke’s advice at the time, decades later Craig, Barry and I find ourselves directing our children and employees to pick up the trash, keep the property clean, not eat the inventory, be prompt and always be honest. Maybe Paul McCartney was right when he sang, “Listen to what the man said,” and maybe The Man knows more than we ever thought possible.

With warm regards,
Steve, Barry and The Team

Enjoy artwork from our many collector friends in Living with the Art!

Posted by Tied to the Post-Twin Rocks Trading Post at 5:34 PM