Roy made his way down the still dark sandy path, past Foushee's Recapture Lodge, toward the muddy river. The early morning breeze caressed his full head of mostly gray hair. The long, tall Tamarisk stalks he moved through left centipede like wisps of foliage on his forest green, color-coordinated, oil stained khaki pants and shirt. His equally blemished work boots hardly made a sound as he intentionally made his way toward the gurgling watercourse. In Roy's oversize, rawboned right hand he carried an ancient, but well-maintained, rod and reel. In the other was a "chum sack". Mr. Pearson effortlessly held the bulging potato sack away from his body, so as not to let it rub against his clothing. The loosely woven burlap bag was full of leftovers from Clemma Arthur's Turquoise Cafe. These were highly pungent, placed-out-in-the-hot-sun-to-rot-for-a-week leftovers. Roy's eyes watered as he walked. The odor of the sack's contents assaulted his senses, but also assured him the bait would attract the prey he so hungrily desired. 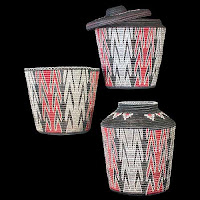 As Roy intercepted the red waters of the San Juan River, he stopped and breathed deeply the scent of the scene before him. He smelled mildly rotten vegetation, the earthy water and the cleansing flow of fresh air blowing down river. This breeze circulated about the lofty cliff face to his left then exited the valley in a widening path as the towering rock formations opened up to his right. Roy paused only a moment, because he visually detected a hint of morning light to the east and wanted to be in place by the time the autumn sun rose. He veered left and headed upriver in search of a deep pool he had spied during his last visit. A hundred yards or so upstream Roy came to the spot he felt would produce the "Monster Cats" he desired. Parallel to the shoreline was an oversize log; a broken and skinned remnant of a once thriving Russian olive tree. The down-river end was jammed deeply into the river bottom, while the other stuck up at an acute angle, uplifted to the flow itself. The long, thick log must have been thrust deep into the river bed, wedged there during high water. The slight dam formed by the driftwood timber caused a build-up of debris resulting in a swirling eddy of water against the bank. The underscoring flow lead to a concave cut bank behind the dam which formed an alcove of sorts; a sheltered section of river bank and a deep hole in the water below.

Roy dropped off the bank into the hollowed out area and loosened the coarse rope about his still narrow waist. He expertly tied one end of the 12 foot cordage to the knotted neck of the burlap bag and the other to a root woven into a sand bridge to his right. He quickly tossed the offensive offering into the swirling waters and watched it sink. Ambrosia to the Water Creatures, Roy thought to himself as he rubbed his gaunt cheeks and thickly stubbled chin. Thoughtful green Tennessee hill country eyes gazed out from under a prominent forehead bisected by a dominant unibrow as Roy looked into the swirling waters below. Within minutes every catfish for a mile down stream would be here bumping and chomping on that sack, trying to get in for the feast. Roy retrieved his rod and reel, expertly baited his hook with a tasty morsel from a pocket sack and dropped it into the gently swirling waters below. He sat down on the dry sand at the back end of the cut-bank, leaned his bony backside against the ledge and snuggled in behind the debris pile, awaiting the first strike. As Roy sat there he contemplated his life as a mechanic in Bluff and nodded in approval. Yes, life was good here!

As Roy waited, listening to the song of the river and appreciating his circumstance, he began to nod off. Dreams of catfish fillets invaded his slumber. From somewhere in the near distance a tune came into his head, invading his dream. As he returned to consciousness, Roy realized the sun must be just raising itself over the horizon. From across the river, on the Reservation side, he heard someone chanting. Roy leaned forward a bit and found a narrow break in the limb jam and spotted an elderly Navajo man, opposite his position on the far side of the river, singing, fishing something from a small leather pouch around his neck and sprinkling it about him. Roy recognized Old Archie, a character he was familiar with from his Gas Station and Garage in town. Archie drove an antiquated, rust red, Ford truck. But for the aid of bailing wire and electrical tape, that dilapidated dumpster would be a scrap heap of busted parts. Archie would often stop in for petrol and ask Roy's help in reattaching one part or another. As far as Roy was concerned, that red roadster was a moving mechanical miracle.

As Roy watched, he realized Archie was lost in a prayerful litany. Hasteen Roy, as Archie called him, was aware that the Navajo people prayed to the four directions, the Wind and the Water, they offered thanks to Mother Earth and Father Sky. The forces of the natural world were their benefactors and corn pollen their gift of gratitude. Archie would often show up on Roy's doorstep this time of year and politely ask to enter his garden and gather corn pollen from the stunted and stumpy stalks of corn. It was not unusual to see his Native American associate topping his corn plants with a brown paper sack, bending the tassel carefully to the side and tapping the bag to loosen the sacred dust. These people helped Roy survive by supporting him and his business, what was a little corn pollen and hay wire among friends. Roy sat back so as not to bother Archie's communion with nature, his line twitched with movement, but he refused to cause a commotion by setting the hook. As Archie crooned his soulful incantations, his vocals reverberated up and down the river. The sing-song melody, the rushing water and the cathedral like atmosphere was enchanting and made the hair on the back of Roy's neck stand on end. In short order the old man wrapped up his worship services, turned and re-entered the heavy growth on his side of the river. Roy was moved by the moment and whispered to himself, "Amen!"

After a time Roy lifted himself out of his refuge and rolled his sinewy shoulders to relieve the stiffness. It was time to go to work. There would be no fresh fish this morning, but he had unexpectedly been a silent witness to an ancient and spiritual event; something far more satisfying than food had sustained him. Roy had been fed a soulfully satisfying and naturally nutritious feast of sanctification. Roy did not wish to waste his efforts at chumming, so he began to rig himself a trot line. He pulled from his pants pocket a 20 foot length of nylon cord, found and tied a naturally notched donie to the end and attached four hooks, at equal intervals, to knots in the line. From a baggie in his breast pocket he drew more "stink bait" and baited the hooks. He then tied the lead end to a submerged root and tossed the other down stream in line with his bait bag. Roy then untied his chum bag and secured it to a submerged portion of the Russian olive stump.

Just before he left the scene, Roy looked the area over carefully to see if either his trot line or rope was noticeable; they were not. He took from his trouser pocket a small pen knife and cut a large leafy branch from a nearby Tamarisk stem. Taking the limb, he used it as a broom to whisk away any evidence of his stay. Roy was acutely aware that this "set-up" was well within the range of the Simpson brothers. Those three young rascals would not steal fish from his line because Duke and Rose would come down on them like a ton of bricks. They might, however, pull his trot line to see what his catch might be or play a trick on him if they discovered his fishing hole. This was a game of hide and seek Roy played with his mischievous friends; one which he intended to win. As Roy walked away an unseen gleam of white flashed in the early morning light. The large, fresh cut stem of Tamarisk gleamed like a neon sign on the river bank. He didn't have a prayer.

With Warm Regards,
Barry, Steve and the Team.
Posted by Tied to the Post-Twin Rocks Trading Post at 1:11 PM