Last Sunday I had the opportunity to take a hike. After my formal duties of church and state, I decided it was high time to exercise and commune with nature. I had an idea to walk up the pavement to the northwestern tip of the mesa above town. I would then go off-road and trickle south through the pinion, sage and juniper, scamper along the canyon rim and meander towards the reservoirs our forefathers so thoughtfully provided west of town. I asked Laurie and the girls if they were up for a hike, but they declined. Laurie was in the midst of preparing one of her delicious Sunday dinners, so I forgave her without remorse. I knew I would benefit from her labor of love when I returned. Alyssa was hiding behind a computer screen, interacting with someone far more interesting than I, and McKale was engrossed in a book. After being denied accompaniment by my wife and daughters, I decided to go it alone. McKale handed me a cell phone as I left the house and emerged into a glorious day. McKale knew I could not read the screen without my glasses, and would likely forget about the telephone in short order, but sent it along "just in case". 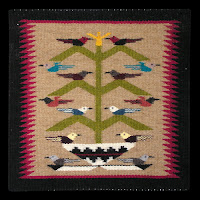 As I walked the narrow blacktop to the north, the houses became fewer and fewer and the languid Sunday afternoon traffic dropped to a trickle. I topped out on the mesa and walked the incredibly scenic ridge top road that borders Recapture Canyon and the Abajo mountains that sweep majestically up from the ruggedly rocky canyon floor. Looking across the great expanse, I could see several interesting rifts in the adjoining mountainside that deserved closer inspection. Alas, those would have to wait for another day! The sky was amazing, a deep azure with an abundance of puffy, white cotton ball cloud formations floating majestically overhead. As I walked, passing "woollies" caused intermittent zones of light and shadow, allowing constantly differing perspectives on the surrounding landscape. Just before the road dropped into the canyon I veered left and hopped a locked, gated fence meant to deter vehicular travel on this particular dirt track. As I trekked south I witnessed a multitude of wild flowers. There were wild white phlox, golden sunflowers, orange Indian paintbrush, and an occasional milky white blossom of yucca flowers set among prickly, protective green spikes. I also noticed several other varieties whose names I am not familiar with.

Moving at a fair pace, I came to the head of a canyon running north and south. The slight depression quickly became deeper and rockier as I moved along its flank until I could no longer see its most interesting and alluring depths. I thought about delving into the darkness, but knew I was expected to attend a meeting with my wife at 5:00 that evening. Even worse, I might miss a family dinner that promised delicious delicacies. I was hesitant to chance such a disappointment. I never wear a watch, claiming I refuse to be ruled by time. On the other hand, I despise tardiness and seldom miss a scheduled appointment. A conflicted personally? Probably! Anyway, I did not know what time it was, how long I had been out, exactly where I was or how far from the house I might be. As I stood there marveling at the peaceful silence, I could hear the breeze through the trees, the creak of branches and the songs of birds all about me. There was nothing else. I thought back to the trading post, the artists, art and culture I am blessed to deal with on a daily basis. I am constantly reminded how the belief system of the Navajo people evolved from their close, personal relationship with Earth, Sky and Water.

Standing there in the near silence, and looking out over the spectacular landscape with the snow-capped Blue Mountain at my back, caused me to reflect on those wonderful stories I have heard from early childhood. I thought how Wind, Rain, Thunder and Lightning, almost every aspect of the natural world, are deified, and how Sun, Moon and Earth are held in extreme reverence. I heard a meadowlark sing his five-part melody and thought how the people believe the gods have stepped aside to allow their precious charges time to explore the Anglo world of science and technology. "You will know of our being by the song of the small birds" was their departing promise of continued support. I can't help but believe that world still exists for those who embrace that primitive but thoughtfully hopeful philosophy. I heard a buzzing sound and felt something land on my forearm. Looking down I recognized a pesky horsefly and thought to smoosh it where it rested. Hesitating, I was reminded of Dotso, Messenger Fly, the Navajo mythological guardian that reminds the people of meaningful events. "Shoot," I said out loud, and thought to myself that this friendly fly had placed himself at risk to remind me of an important appointment. It was time to fleet-foot it home. But where was I?

I navigated a cluster of pinion trees, dropped into a small valley, hopped another fence and climbed a rocky hillside before finding a dirt road that looked promising. Following it to the south a few minutes, I thought I was beginning to recognize my surroundings. Walking further I encountered a relatively unused double track I had hiked a week earlier with a small group of young people. I knew if I traveled that rugged road for a half a mile I would find myself overlooking the fourth reservoir. That would put me somewhere close to four miles from my front door. Looking up at the position of the sun, I realized it was time to pick up the pace. Before too long I reached the reservoir and hit pavement. I hustled as fast as I could, passed-up a couple ride offers because I wanted to finish what I had started. As I came to the church, about a mile from our home, I saw "my ride", the Toyota Torpedo parked out front. That meant Laurie had gone to the meeting without me. I dredged the long forgotten cell phone from my pocket and called Alyssa to come and get me. When she picked me up, Alyssa told me I had been gone three and a half hours. I quickly cleaned-up, changed my clothes and drove my truck to the meeting. As I arrived at the church (half and hour late), I looked to the heavens and thanked that fresh fly, or whoever he might have been, for reminding me of my responsibilities.

With Warm Regards,
Barry, Steve and the Team.
Posted by Tied to the Post-Twin Rocks Trading Post at 12:38 PM